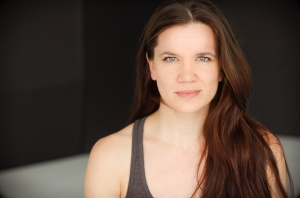 Maureen Yasko (Associate Fight Director and Resident Intimacy Director) is ecstatic to join the ensemble of passionate artists at Midsommer Flight after working on Macbeth, Twelfth Night, As You Like It, and Hamlet. Maureen is an Advanced Actor Combatant with the SAFD and holds a BA in Theatre with a Music Minor from the former AASU in Savannah, GA. She completed an Apprenticeship with The Atlanta Shakespeare Company at The New American Shakespeare Tavern, where she subsequently became a member of the Acting Company and an Education Artist before relocating to Chicago. Atlanta based Moe happily lived a nomadic actor life, working in Atlanta and many regional theatre companies across the country. Chicago-based Moe is a Company Member of A Crew of Patches Theatre Company, an Associate Artist with Babes With Blades Theatre Company, and has luckily worked with many other fine companies around town. Love and gratitude to her incredibly supportive partner-in-crime, Chris Smith. When not creating in a theater you’ll likely find Maureen creating in a studio as a Certified Yoga Teacher.