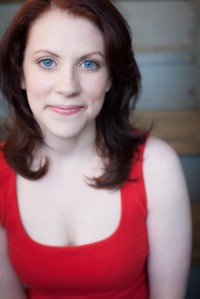 Meredith Ernst could not be happier to be with the good people of Midsommer Flight. After a wonderful summer working on Much Ado, and a magical winter in the Lincoln Park Conservatory with Twelfth Night, she looks forward to an exciting future with the company. Originally from Nebraska, Meredith graduated with a BFA in Theatre Performance, with a minor in Shakespeare from Nebraska Wesleyan University. Meredith’s also been absurdly lucky; since her arrival in Chicago, she’s played a cross-dressing heroine, a Princess, and a Bastard.