Directors Flight is a professional development initiative to promote, cultivate, and inspire classical directing talent in Chicago. From January to April 2020, Directors’ Flight will offer one-on-one mentorship and workshops on topics including abridging text for performance, casting, rehearsal strategies, working with designers and Fight/Intimacy/Music directors, and

The five selected directors will present their work at a workshop performance, in which each director will helm one act of Shakespeare’s five-act play. Come see Much Ado About Nothing as you’ve never seen it before – through five different directors’ eyes, all in one night.

*** The workshop performance of Much Ado About Nothing has been postponed indefinitely due to the COVID-19 pandemic. Showcasing the directors’ work in a public performance has always been a major part of the spirit of Directors Flight, in all of the planning and dreaming and preparing, and remains a priority as Midsommer Flight determines next steps and new dates. ***

Bex Ehrmann believes that the stories we tell shape the world we live in; therefore, they’re determined to tell inclusive, courageous, and compassionate stories. Directing projects include CHARRED (the Frontier), A WRINKLE IN TIME and ALCHEMY OF DESIRE/DEAD-MAN’S BLUES (Northwestern), HERLAND (assistant director, Redtwist Theatre), and work with the New Colony, Chicago Dramatists, the Arc Theatre, Otherworld Theatre, and Whiskey Radio Hour. As an arts educator, Bex has worked with Chicago Shakespeare Theater, About Face Theatre, Ag47 Arts Collective, and Imagination Stage. They are a proud graduate of Northwestern University and a 2019 Luminarts fellow in creative writing. www.bexehrmann.com

Julia Farrell Diefenbach is the Associate Artistic Director and Dramaturg for the Halogen Company, an immersive theatre company in Los Angeles, CA. Upcoming: A Sea of Odds (The Halogen Co.). Past credits include Yule, an immersive holiday celebration and the sold out production of One Exit (The Halogen Co.) The Blood Line (Gorilla Tango) The End of the World Bathroom Play (BYOT Productions), Kingdom, (Assistant Stage Manager, Broken Nose Theatre) As You Like It (Assistant Director, Citadel Theatre). She has also enjoyed working with companies such as Victory Gardens, Collaboraction, The Viola Project and Second City. Julia is a graduate of Columbia College Chicago, where she obtained her BA in Directing with a minor in Stage Combat.  www.juliafarrell.net

Stephanie Mattos is an actor and director in Chicago. Recently, she assistant directed Women of 4G (Babes with Blades Theatre Company). Other directing credits include The Lattice Crashes and A Billion Tuesday Mornings (Otherworld Theatre). She is an ensemble member with Midsommer Flight. More information about her can be found at stephaniemattos.com. 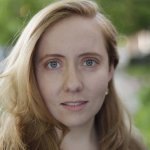 Kristina McCloskey is the Program Coordinator for Directors Flight and will participate in the showcase performance this year. She is a freelance director and producer from Virginia, based in Chicago. Recent directing credits include Little Foxes at Citadel Theater, Everything in Between with Dandelion Theatre, and an immersive staged reading of Richard III with Midsommer Flight/Unbound Theatre Co. Kristina is also the Director of Marketing and Audience Engagement as well as Resident Director with the Barrens Theatre Co, where she has produced and directed iterations of The Bloody Bathory Project. She is also an Associate Artist with Dandelion Theatre Company, and has had the good fortune to work with 16th Street Theatre, Midsommer Flight, The Barrens Theatre, Tarleton/Dawn Productions, and Griffin Theatre. Kristina is passionate about development opportunities for artists in Chicago, including devising and developing new work as well as adapting classic texts. She is equally obsessed with homesteading and every dog she meets (especially corgis). kristinamccloskey.com