Performed in the Show House Room at the Lincoln Park Conservatory

“Love thoughts lie rich when canopied with bowers,” says Duke Orsino, Illyria’s resident voluptuary, and few could disagree after taking in Midsommer Flight’s Twelfth Night at the Lincoln Park Conservatory, where big-finned palms and gadding vines nod you all the way to your seat. The sumptuous garden atmosphere bleeds into the play, which is well acted and endearingly staged by director Beth Wolf. Nick Loumos is an excellent, princely Orsino; Meredith Ernst is also wonderful as the humble Viola, in disguise as his page boy.” Critic’s Choice. —Chicago Reader

“…consistently engaging and hilarious production of Twelfth Night. The whimsy starts immediately and only increases as the actors and musicians move you through the hijinks of the residents of Illyria. … Midsommer Flight has proven, once again, that Shakespeare’s plays can be enjoyed by everyone. During this production, children in the audience were genuinely laughing and having fun.” —Picture This Post Elizabeth Rentfro as Maria and Martel Manning as Malvolio Meredith Ernst as Viola with Kanome Jones and Elizabeth Rentfro 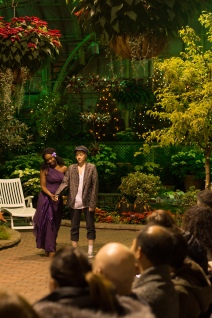 Kanome Jones as Olivia and Jake Jones as Sebastian 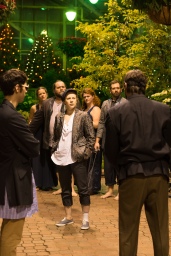 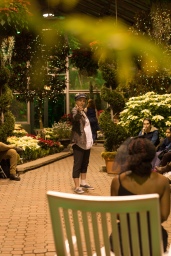 Chris Smith as Toby Belch and Alex Mauney as Feste

Jake Jones as Sebastian and Chris Smith as Toby Belch 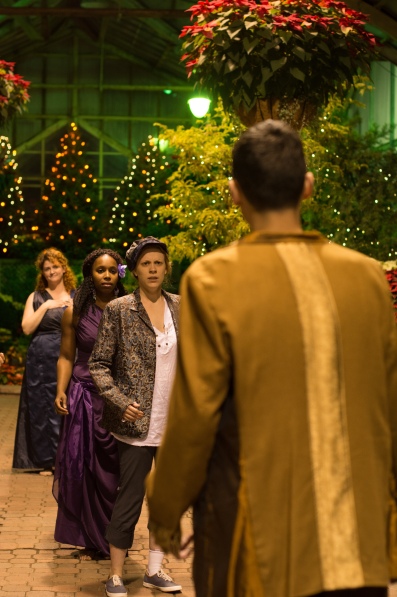 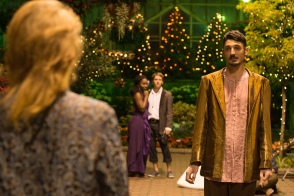 Elizabeth Rentfro as Maria and Alex Mauney as Feste

This project was partially supported by the Illinois Arts Council Agency.