In our sixth summer as an Arts Partner in Chicago Parks, Midsommer Flight presented Shakespeare’s most famous tragedy. The production reached over 1,400 audience members over eight weeks of performances.

Hamlet tells the story of the young Prince of Denmark, whose uncle has murdered his father and married his mother, thus usurping the throne. As Hamlet grapples with avenging his father’s death, the world around him begins to unravel: his relationships with his mother, his girlfriend, and his friends – and possibly his own sanity – which leads to an explosive and tragic conclusion. At its heart, Hamlet is a tale about a young man coming to terms with adulthood and the harsh realities of life. It is funny, sad, thought provoking, and arguably the most important and beloved piece of Western Literature to date.

Midsommer Flight is a proud Arts Partner with the Chicago Park District. Hamlet was presented as part of the City of Chicago’s Night Out in the Parks initiative.

“Artistic Director Beth Wolf has helmed all productions thus far, and Hamlet may be her finest work yet. Wolf keeps the pacing tight while retaining the script’s essential and iconic material…. Cheeseman’s Hamlet is a star turn for sure… Midsommer Flight’s exceptional production is not to be missed.”
Chicago Theater Beat – 4 out of 4 stars

“Midsommer Flight’s production of HAMLET is a must do for the ideal Chicago summer…. The whole cast is substantial; they engage in storytelling that makes the text real and entertaining…. The entire experience of free Shakespeare in the park with wine, blanket, dogs, friends, community, and exciting art, is so appealing. So casual. So down to Earth. The freedom granted to shape the Shakespeare experience is paramount for access. It’s also reminiscent of how the work used to be enjoyed. Midsommar’s dismissing of airs in the open air makes this show a Chicago summer absolute.”
Performink – Critic’s Pick

“This FREE production is a gift from a professional not-for-profit theater company of this caliber. … Directed by Beth Wolf, this troupe adroitly plays with traditional language adding a twist of modernity. Samual Cheeseman as Hamlet nuances hyperbolic anger and comic sarcasm with ease. His strong voice packs a punch never lost in open air. Ophelia’s tenuous grip on sanity is played with heartbreaking vulnerability by Bianca Phipps. …the duo gravediggers, played by Adam Habben and Emily Renee Shimsky who tease and cajole with abandon. There is no better fool than Habben who incites a giggle with a raised eyebrow, the roll of his eyes and arms akimbo. Shimsky has a melodius voice and a fanciful way with a jig – inviting the audience into her shenanigans. Gertrude, played by Morayo Orija stands out for her feigned and regal nonchalance in the face of her husband’s recent death and hasty marriage to her brother-in-law, Claudius. Orija unravels convincingly, confronted repeatedly by her agonized son. Stephen Fedo as Polonius is a standout as well. …Original music by Elizabeth Rentfro and Erick Rivera complements the tragic moments and somber moods with haunting vocals, a bass saxophone, an electric guitar with a portable amplifier, percussive instruments and ukulele. Like the presence of an actor with a very large range, the musicians evoke the emotion that befits both tragedy and the absurd while never overpowering the actor’s lines. … Midsommer Flight’s Hamlet is at once a cautionary tale that deftly manages to remain upbeat. Don’t do this and you’ll do well in life is the take away rather than darkness and angst. …There is no better way to spend a weekend summer evening.”
Picture This Post – HIGHLY RECOMMENDED

“Filled with passion, wit, intrigue, original music, minstrels, period costumes, swordplay, and of course, the play-within-a-play device of which the Bard was so fond, the 100-minute presentation was perfectly situated on the ground, at dusk, with natural lighting and sans microphones… Beautifully directed by Company Founder and Producing Artistic Director Beth Wolf, [with a] talented and focused cast.”
Splash Magazine – A must see in Chicago’s parks

“An admirably clear production… A heck of a good story.”
Chicago Reader – RECOMMENDED 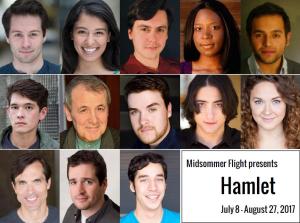 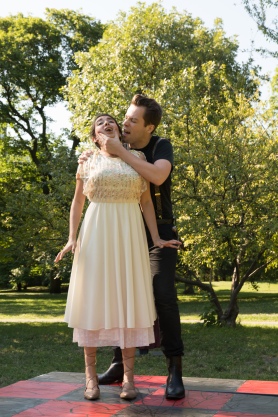 The cast of Hamlet 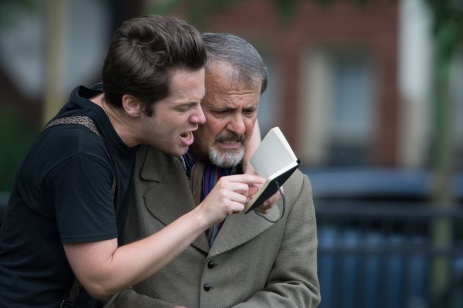 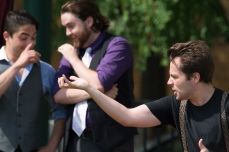 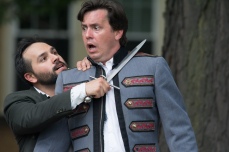 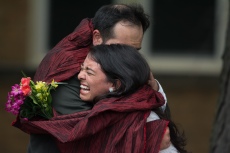 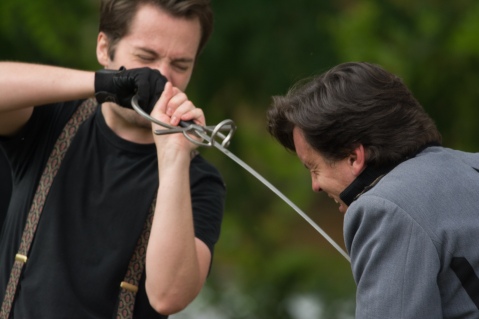 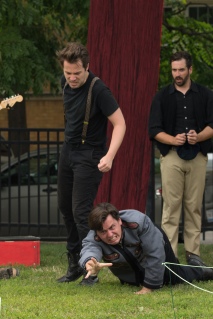 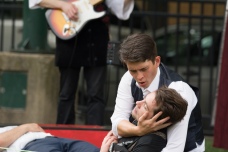 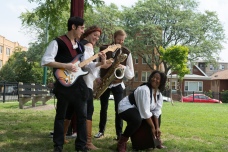 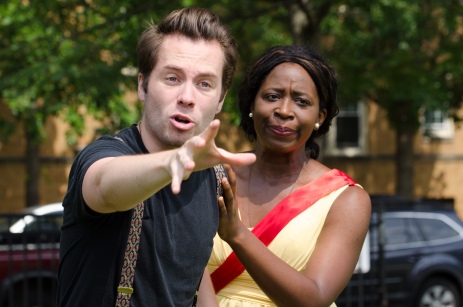 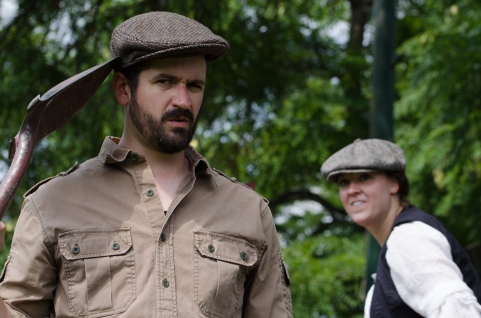 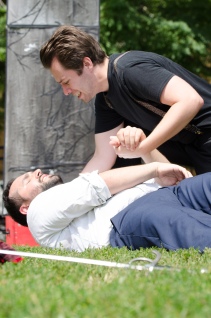 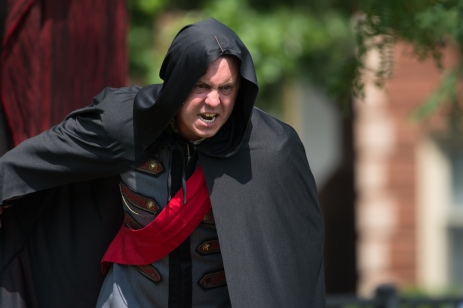 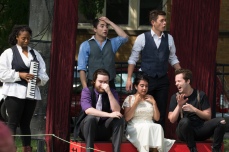 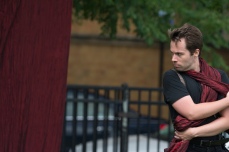 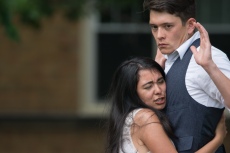 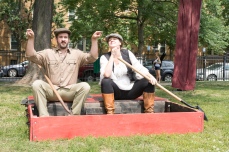 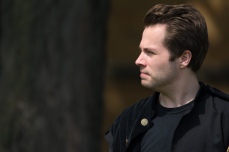 This project was partially supported by a CityArts grant from the City of Chicago Department of Cultural Affairs and Special Events, a grant from the Illinois Arts Council Agency, and by The MacArthur Funds for Arts and Culture at The Richard H. Driehaus Foundation.